We all know it, and we all dread it: the lost sale. They said they wanted to buy, and now they don’t. Or a current client wants to cancel. And you can feel all the time and effort you spent going down the drain. 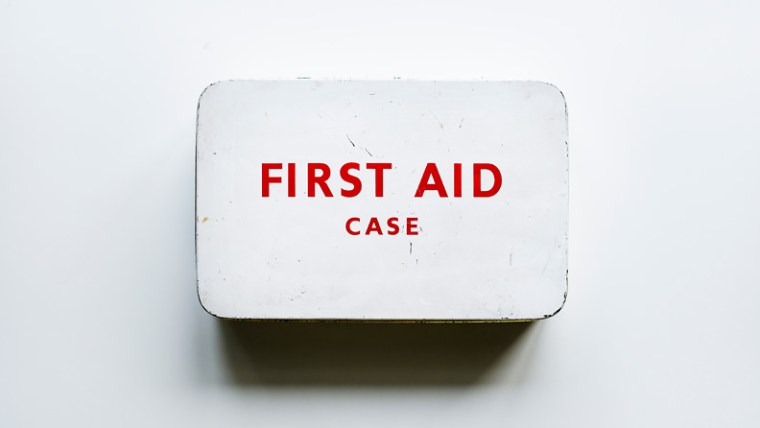 The knee-jerk reaction here is to immediately defend our products or services and talk about how great they are. We try to “fix it” and convince them to stay with us or to stay and buy. But what’s even more important than that is that we learn how to listen.

As salespeople, we’re often so eager to share our thoughts that we don’t let the prospect or customer say what they need to say. Julian Treasure, an expert on listening, has this powerful bit of advice for us, “Instead of listening to respond, we need to listen to understand.”

When a client wants to cancel, it’s vital that you realize what your goal is during that interaction. Don’t focus on just salvaging the deal, focus on finding a resolution you’re both happy with. Whether you win the business or not, the relationship remains intact, and you haven’t burned a bridge you might need to utilize down the road!

The C.U.R.E. technique is a 4-step process we created at Skillway to manage your relationship with an unhappy client or prospect and save the lost sale. It works like this:

C: Calm Them Down

This does not mean you actually say, “Calm down” to your client! Rather than using those exact words, use calming techniques to diffuse their anger or frustration. Start by immediately apologizing, letting them know that you’re on their side, and giving them a chance to tell their story.

This is where your active listening skills kick in, and you give the prospect or client a chance to vent.

U: Understand the Problem

Repeat their story back to them to make sure you’ve heard everything they said and understand it correctly. Prove to them you’re really listening and trying to get on the same page.

The real magic happens, though, when you say “tell me more.” See, people think that all you want is your chance to talk so that you can hard sell them into staying with you or buying from you. But you want to make sure that people are continuing to look at the full scenario.

Saying something like, “Is there anything else that would help me understand your situation better?” disarms them, and they may even start coming up with their own solutions. When they realize you’re actually listening, it can encourage them to open up, revealing the real source of their problem and, in turn, de-escalating the situation.

R: Remind Them of Their (Initial) Pain

Your relationship with this client or prospect should have begun with a needs analysis where you identified their pain points. If that didn’t happen or wasn’t thorough enough, issues can easily emerge. (You can learn more about in-depth needs analysis through the blog I wrote about our P.A.I.N. Technique, which we developed as a way to gain a deeper understanding of a client’s needs.)

This “pain” is why they came to you in the first place; it’s the need you promised them you could address. So in this moment of doubt, you can say, “When you and I initially spoke, you said [fill in the pain]—does that still apply? Or has your situation changed?” You’re bringing them back to that pain and reminding them of why you moved forward together in the first place. You may find through this discussion that you misunderstood their initial needs and you need to find a new approach to alleviating their pain.

E: Explore the Options Together

In many situations, the solution may have presented itself by this point in the process. And sometimes that solution is parting ways. But most of the time, if you work together, you can come up with the next best option. Exploring alternative options using the Feel, Felt, Found Technique may help you to solve the prospect or client’s problem now that you better understand it. This method allows you to empathize with your client, let them know they’re not alone in their situation, and point to how others have handled similar roadblocks.

Facing the reality of a canceled contract can be difficult, but if your automatic response is to immediately wallow in losing the deal, then you’ve already given up! I had a client recently who got all the way to the contract details when the prospect decided it wasn’t for them. They called to let him know they wouldn’t be moving forward with their services.

My client was surprised and didn’t understand what was going on. So we spent our coaching call that day talking about The C.U.R.E. Technique. He was then able to hop on the phone right after with the prospect and utilize the tools he’d been given to try and salvage the relationship.

He started off by apologizing and letting the prospect talk. What he discovered during that story was that the prospect felt like he was being forced to buy more licenses than he needed. In reality, though, the pricing was so much cheaper at the higher tier of licenses than it would have been to buy the smaller package, which included a certain amount of licenses plus fees for each extra. The prospect just didn’t understand the pricing.

When they walked through it together to explore the options, it became clear to the prospect that he was actually saving money by going with the larger package and they were able to move forward. A calm and empathetic response anchored by active listening took this from a lost deal to a satisfied new customer.

Are you approaching potential canceled contracts this way? If not, it’s time to start!