I was talking with a coaching client recently, and he was trying to decide between multiple job offers. He had three solid options to choose from, and the decision had him extremely stressed out. 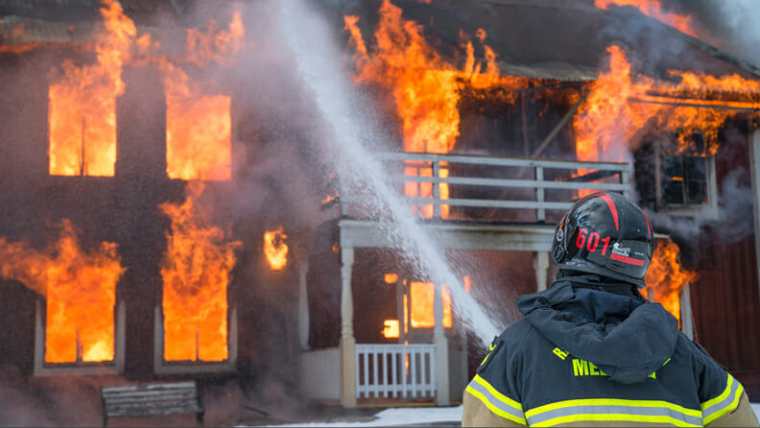 All the offers were great, but he was letting the pain (picking between awesome jobs) affect him as if it was an actual catastrophe. Why do we let normal life events and decisions overwhelm us when what we really need is a little perspective?

We’ve already talked about how to handle these little hiccups for what they are—Business As Usual. But there is another tool that can really help you to evaluate and adjust how you react to the speed bumps life throws at you, and it’s called the Catastrophe Scale.

Psychologist Michael E. Bernard is the man behind what is known as the Catastrophe Scale, and it works like this: draw a straight line on a piece of paper and label the ends 0 and 100. Make a mark halfway (label it 50), and then make marks near each end and label them 90 and 10. When thinking about how bad something can be, realize that 90 to 100 are the real catastrophes of the world (World War III, your entire family dies in a horrific accident, total & permanent paralysis). 50-90 are for moderately bad things. Ten to 50 are for things that are less bad, and then below 10 are the trivial, very small things that happen all the time.

Now imagine the absolute worst thing that could happen to you. For most people, this would mean something immensely tragic like losing your entire family in an accident. This would obviously be your “100” mark.

(Depressing, I know, but give it a shot.)

How Bad Is It, Really?

Now think of some other things that would be major, but less life-altering than that. Maybe a parent passing away or being in an accident and losing a limb? Where do they fall? 75? 80? 50? Fill those in, and assign them values.

Having done this, go back now and really consider what value you should assign to something like a flat tire, a stolen wallet, or your child leaving their toys lying around the house.

A Pile of Splinters

Many years ago, my nephew—who had recently returned from serving in the war in Afghanistan—moved in with my husband Shane and me. We came home one day and found him attempting to put together a shelving unit from Ikea. (We all know how awful that can be!) I can safely say that had we not walked in when we did, that whole shelving unit would’ve been nothing but a pile of splinters because our poor nephew was so frustrated with how the pieces wouldn’t fit together.

One thing we noticed immediately when he returned home was that everything was an extreme emotion for him. So after we helped him finish the shelf, we sat down and talked with him about what he had been through during his time overseas and how it had affected him emotionally.

Then we asked him, on a scale of 1-100, how horrible was putting that shelf together? He said a 99. Okay, what if your whole family gets hit by a train and dies? Obviously, that’s a 100. Okay, what about if you lose an arm? That’s a 99. Okay, how about losing your wallet? He said a 90. Every single thing that we asked him (no matter how trivial) was a major deal—90 or above.

We had to work hard to start showing him how some things really aren’t that big of a deal. It’s hard work to get our emotions back in balance, especially after traumatic events, but this exercise taught me a lot about how we all can be affected by the ways we view the things that happen to us in our lives. In our home (and in our business), we regularly quiz each other about our problems. Is this a 25? Or a 10? Or is it really just a 2?

In the end, it’s all about seeing and recognizing the real, long-term impact of an event. I read an article once that said if something is not going to affect you five years from now, don’t let it have five minutes today. Shane’s grandmother used to say “20 years from now, no one will even remember this thing you’re so upset about.”

In our current society, we seem quite prone to extremism. Even when commenting on a movie we saw, it’s either “the greatest movie of all time” or “so bad you couldn’t pay me a million dollars to watch it again.” We live and speak and operate in constant hyperbole. Everything is either feast or famine. In this modern world full of wars and mass shootings, you’d think we would be less inclined to inflate our small problems. Instead, we seem to be more willing to give our issues more weight (and more power over us) than they deserve.

So when you’re tempted to blow up or get depressed over something small (a prospective client decides to go in another direction; you miss the train; you’re out of work for a few days with strep throat), try to remember the Catastrophe Scale and react accordingly. Are you reacting to a “7” as if it was an “80”?

In the grand scheme of things, pretty much anything that happens to you at work is going to be incredibly minor. (You’re alive—and healthy enough to work. And you even have a job!) And even bigger things that can feel life-changing at the moment aren’t really going to matter that much in five or 10 years time. Work on practicing resiliency and cultivating perspective; you’ll find that your stress levels will decrease dramatically, and your happiness will increase in kind.