Most of us don’t enjoy having difficult conversations. Whether we’re saying or hearing the phrase, “We need to talk,” we know that it’s typically not going to lead to a fun conversation. 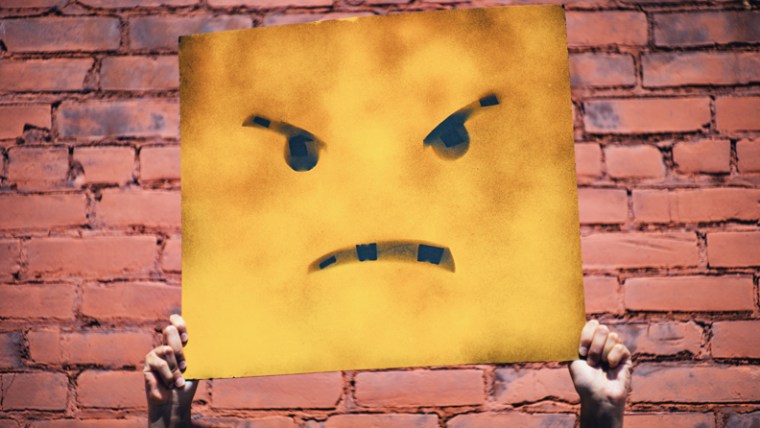 However, when we don’t discuss problems, we risk allowing them to fester and worsen. Thankfully, there’s an easy formula to follow for every hard conversation you’ll ever need to have.

I can’t say this with enough emphasis: When approaching a tough conversation, do not wing it. It doesn’t matter how well you know the person you’re speaking to or how smoothly you anticipate things might go; going into a conversation without a plan never goes well.

Instead, it’s essential to have a plan when approaching a conversation that you know is going to be difficult. Following the three steps of the Confrontation Model allows you both to stay on track and get to the point quickly and address the issue.

It will also help prevent the conversation from becoming too emotional. Make your outline and practice before your meeting, so you can be comfortable and appear confident.

Explain exactly what the problem is. Stick to the facts here—don’t get emotional or get ahead of yourself.

Naming the issue sounds like, “I would like to talk to you about how you’ve been late for meetings.”

When issues start popping up, it’s always a good idea to document things. This way, you can give the person direct and specific examples of when and how undesirable behavior occurred.

Sharing specific examples sounds like, “Last week you were 10 minutes late to a client meeting; yesterday you were 15 minutes late for the team check-in meeting.”

Describe the effect it is having.

We all have blind spots. The person in question may not realize the far-reaching effects their behavior is having on the people around them, so you need to let them know.

Delivering the effects sounds like, “When you’re late for these meetings, it makes the company look unprofessional and puts extreme pressure on your colleagues to carry the load for you.”

Clarify why the change is necessary.

The person you’re speaking to may not think their behavior is a “big deal” in the grand scheme of things. This is the point where you help them understand why they can’t continue down the path they’re on.

Clarifying sounds like, “Being a few minutes late every now and then is understandable, but chronic lateness reflects poorly on all of us and could end up affecting the company’s reputation and our bottom line.”

Give a solution to resolve this issue.

Present clear direction for how you want to move forward. Be concise and to the point.

Giving a solution sounds like, “From now on, we need you to arrive early enough for us to start all meetings on time.”

Now that you’ve presented your case, it’s time to let the other person have a turn. Preface this by saying, “I want to be sure that we’re on the same page and that we both understand the situation completely. Is there anything I’m missing from your point of view?” Allow them the chance to explain their perspective.

Be aware that this is the step where things can often get emotional or heated. Be sure to steer the conversation appropriately.

Create a plan for the next steps.

Now that everyone feels like they’ve had a chance to speak, you can work together to create a plan for moving forward. Discuss the proposed solution and find a way to implement it that works for everyone.

Agree on the new terms with an accountability plan.

The only thing left to do is for you both to agree to the plan and put some measures in place that will help everyone stay accountable.

Pro Tip: For difficult conversations about small matters that can be handled quickly, try approaching the person and making it a stand-up meeting rather than carving out office time. This casual approach can help eliminate anxiety for both of you!