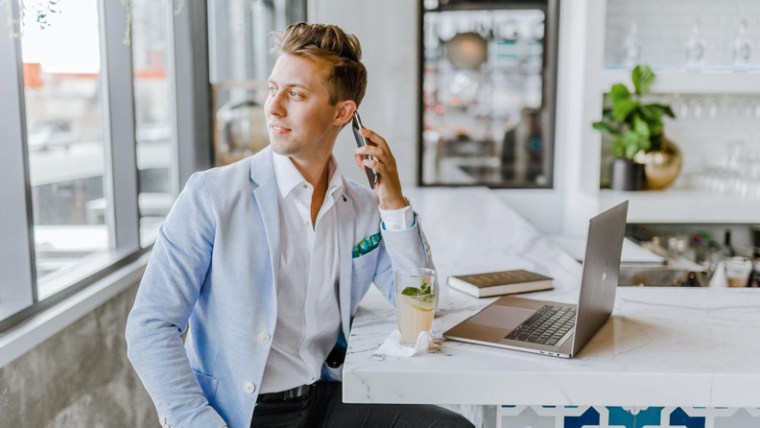 Sure, we can all do a simple task like washing the dishes while listening to the radio. But have you cut yourself in the kitchen while trying to have a conversation? Tripped up the stairs while you tried to balance something in your hands? Lost track during a Zoom call because an email popped up on your phone? It’s because we’re all human, and the human brain just isn’t great at paying attention to two things at once.

Trying to multitask is counterproductive, impolite, and inefficient. Here’s why:

It’s no wonder that people think of multitasking as a crucial skill in the workplace. The invention of “multitasking,” or running software applications simultaneously, certainly made personal computers more productive and effective. But today, we not only try to apply this computing term to the human brain; we are convinced that our own brains are great at it.

Nothing could be further from the truth.

You’re Not Good At Multitasking

Have you ever noticed that people think they’re a lot better at something than they actually are? It’s a psychological phenomenon called the “Dunning-Kruger Effect” that shows up in study after study. Stanford researchers investigating multitasking found that some super-multitaskers (those who think they’re SO great at multitasking) are even worse at multitasking than normal people!

It turns out that we’re never truly doing two things at once; our brains just rapidly toggle back and forth between one task at a time. This is called “context switching,” and it sucks your brain’s energy away from the tasks at hand. In other words, when you’re multitasking, you’re really just half-assing different things at once.

The fact is that multitasking overloads our brains. Dr. Earl Miller of MIT, one of the many researchers who have studied this effect, calls it “interference”—but I call it half-assing. And I say if a task is worth doing, it’s worth doing with your whole ass!

Have you ever been on a phone call with someone and realized their side of the conversation has turned to “ahs” and “ums?” They’re not giving you their undivided attention. It’s because they can’t truly carry on a conversation while they attempt to type or read an email at the same time.

If you’re the one doing this to a team member or a sales prospect, they know you’re not paying attention to them. It can be very off-putting. It’s easy to remedy: If you’re typing, say “Hang on a second, I want to make sure I capture this,” and let them know you’re typing. People will forgive a pause in the conversation if you simply ask for it! It’s much better than saying “ahs” and “ums” 82 times while you’re trying to do two things at once.

I think that it’s fair enough to say that multitasking is disrespectful. It keeps us from being a good listener. Trying to do it while you’re interacting with other people tells them they don’t deserve your attention or that you think they’re boring. And your prospect, client, or co-worker will take note.

Multitasking Is A Waste Of Time

People think they can multitask and save time. But remember, your brain is using energy and time to switch between those tasks. You’re actually spending more time multitasking than you would if you gave your full attention to one topic. Focus on completing one task, then move on to the second.

This is why we create a to-do list: to prioritize tasks, get them done in the order you need to get them done in, and not waste time with distractions. Giving 100% of your attention and energy to one task at a time will, over the course of a day, put you miles ahead of someone attempting to finish multiple things at once.

A Skill To Lose

Now that you’re aware of multitasking’s falsehoods, you’ll no longer have to brag about how you can get three things done at the same time. Instead, you can brag that you give your undivided attention to your prospects and team members. You can brag that you give every task 100% of your mental energy. And you’ll accomplish more in a day than those self-professed multitasking geniuses.

Category: Time Management Techniques
Disclosure of Material Connection: Some of the links in the post above are “affiliate links.” This means if you click on the link and purchase the item, I will receive an affiliate commission. However, I only recommend products and services that I use and believe in. I am disclosing this in accordance with the Federal Trade Commission’s 16 CFR, Part 255: “Guides Concerning the Use of Endorsements and Testimonials in Advertising.”