If you’re like most people, you probably plan out your morning by doing backwards math. If you have to be to work at 8 am, you’ll figure that it takes you 15 minutes to drive,15 minutes to shower, 5 minutes to get dressed, and 10 minutes to eat and you tell yourself that you have to get up at 7:15 in order to get it all done. 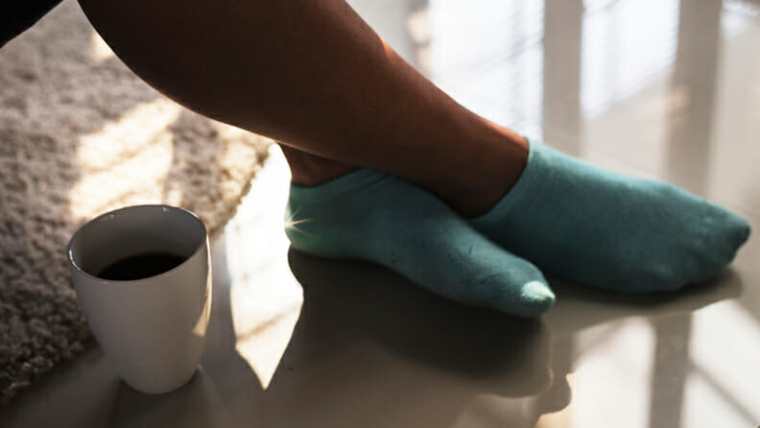 What you’re doing when you do this, though, is giving yourself the very barest minimum of time. It’s ineffective, not to mention a horrible way to start your day. You’ll never achieve the level of success you’re after if you keep it up. But I’ve got a trick to fix it.

Dude, I get it—mornings are rough! I used to be a solid 7 am riser. I knew there was a 5 am, but the only time I had ever met it was when I was up all night and didn’t get to bed in time. But then I read about a study that was done of 177 self-made millionaires. It showed that over 50% of them woke up a full three hours before their workday began. When I learned that, I began to wonder how much more I could accomplish by getting up earlier. By setting a routine that allowed me to get work done without feeling rushed, could I be setting myself up for more success?

From the moment you bring a new baby home from the hospital, you try and work towards establishing a routine that will help them acclimate to life. You’re not going to be waking them up every day at 3 am and putting them to bed at 2 pm, are you? We thrive on a routine as children and that continues all the way through high school and college. But once we’re on our own and pursuing a career, we often just start to wing it.

But the more you stay on a routine, the better off you’re going to be. And that starts first thing in the morning. Start by imagining your absolute ideal morning; what would be some of the things you would do? The possibilities are endless, but they all start with getting up early. Ben Franklin famously said, “Early to bed, early to rise, makes a man healthy, wealthy, and wise.” He was known for being an avid 4 am riser who accomplished some of his greatest feats in the morning before the workday even began.

There are a lot of great perks to waking up early. Typically that’s when the house is the most quiet. Also, did you know that your mind is sharpest in the morning? That extra time will give you space for self-development while also preventing you from falling into the trap of having to rush to get to work. When we’re rushing is typically when we make stupid, careless mistakes (like my infamous blueberry smoothie fiasco). And what if there’s traffic? Or a long line at Starbucks? If you haven’t given yourself time to get things done before your workday begins, you’re already falling behind.

Effectively getting up early really starts the night before. You must create an evening routine for yourself. What time will you declare “screens off” so that you have time for your brain to relax, calm down and shut off? Before you go to bed, make the decision about what time your day will start and visualize how it’s going to go. Don’t just set your alarm—set your intention. Then get up at that time and let your day begin.

Now if you’re a 7 am riser currently, don’t try to start getting up at 5 am tomorrow and think you’re going to like yourself. Everything isn’t going to miraculously work overnight simply because you moved your clock! Start by moving your wake-up time back gradually in 15-30 minute increments for anywhere from two weeks to 30 days. You could do 15 minutes earlier for 15 days, then go 15 minutes earlier than that for the next 15 days. Keep moving incrementally like this until you’re at the wakeup time that works best for you.

You might be saying to yourself, “Dew this is a great idea; I’m going to start next week..or next month…or next quarter…”  Don’t give me that lame excuse! Start tomorrow morning. Think about how much easier your mornings would be if you had 15 minutes more.

Now what will naturally start happening when you wake up earlier is that you’ll start going to bed earlier as well. In our house, we wake at 5 am every day, so we do screens off at 8 pm every night. We spend 8-8:30 pm wrapping up household tasks before hopping in bed and giving ourselves a little time to unwind by reading before we fall asleep.

A great thing has happened since I made this move. By getting up at 5 am daily, I never feel rushed. Even if I have an early meeting, I don’t feel like I’m sacrificing my morning. My routine just gets cut a bit shorter. I might bypass my morning walk because of an early flight, but I know I’ll be able to fit it in later. Giving myself the opportunity to have time to myself every morning has made my entire life easier. How much more could you be accomplishing if you gave yourself that time too?