On a recent coaching call with a client, we were discussing his pipeline and how he had several prospects in his funnel that simply were not moving forward. They had initially been so excited about the opportunity, but when he went to close the contracts, they began brushing him off. 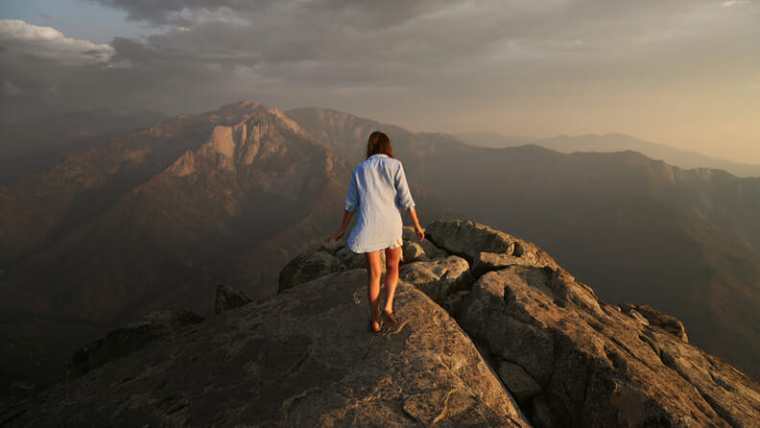 He wanted to move his pipeline forward but didn’t want to seem pushy. Here’s how we got them from a maybe to a yes.

There’s an image floating around on the internet that’s been out there for years. It asserts that the majority of sales (exactly 80 percent!) are made only after a salesperson has followed up 5-12 times. Don’t believe it! These statistics are complete garbage (based on a non-existent study, from a non-existent “National Sales Executive Association”), but that doesn’t seem to stop people from quoting it!

The worst part of this misinformation is, I think, that it tells people to keep calling their maybes. When a prospect won’t give you a clear yes or no, it’s easy to put them in that grey maybe area. But the best sales professionals boost their closing ratios by ruthlessly getting rid of their maybes. For your own good, it’s time to get rid of those maybes once and for all. And one of the best ways to get rid of those maybes is to use the Take Away Close.

The Take Away Close in Action

If you’ve got prospects in your pipeline who are continuously asking you to follow up in “one more week” or “just 30 more days,” this is where The Take Away Close can make a big impact. You can only use this closing technique if you’re willing to take your business off the table in order to your client into making a concrete decision. It is vital, therefore, that you be prepared for the prospect to say no.

I typically recommend that this method be used after you’ve followed up with a prospect more than three times. When you once again receive that brush-off, it’s time to draw the line. You always want to operate from a place of kindness of course, but you also want to get a definite answer.

You might say: “When we first began talking, you told me you were looking for A, B, and C. I thought we had come up with a great solution for you with A, but now that you’ve been reluctant to move forward, I’m wondering if this is the ideal solution for you. Do you still feel like this is a solution, or do you now feel like maybe this isn’t an ideal fit?”

I’ve also used a version of this in a voicemail or email when I’m having trouble connecting to someone after a brush-off. Tell them that it looks like they’ve changed your mind and that you won’t be bothering them again. You’ll be surprised at how many “on the fence” prospects call you back once faced with this finality. And if they don’t? That’s OK, you can cross them off your list.

Either way, the Take Away Close is your way of forcing them to move forward. They have to now, in some way, come to a conclusion. It nips the wishy-washy wavering in the bud and allows you to move forward or move on. Yeses are great and nos are okay, but maybes will keep you stuck in your business forever!

Of course, as a salesperson, you want every interaction to end with an enthusiastic “Yes!” But the sooner you learn to accept that no is not the end of the world, the better off you’ll be. It’s better to hear a no than to continue to follow up with someone dozens of times and have nothing come of it. Having a long list of maybes floating out in the ether is only going to give you a false sense of security.

Now, there are prospects that will go to great lengths to avoid telling you no. Some people are just made terribly uncomfortable by the idea of rejecting someone. But if you’ve created the proper buying atmosphere, your prospect should feel just as comfortable saying no as they do saying yes.

When you live in the abundance mentality, you operate from the belief that the pie is ample enough for everyone to have success and there are always an overflowing amount of leads out there waiting for you. When you live in this space, you’re not nervous or scared to have a maybe turn into a no.

When you live in the realm of scarcity, however, you want to hold on to all of those maybes, for fear that any of them becoming a no means you won’t have enough leads to keep your sales funnel full. But productive sales requires that you always have a healthy list of qualified leads. Crossing those maybes off your list by using The Take Away Close will make it obvious that your list is being depleted and you need to spend time working on fresh leads.

We used this exact technique with the coaching client I mentioned earlier. When presented with the ultimatum, one of his big prospects instantly insisted they were still very much interested in moving forward, but that they had a new CFO and were still working to get pricing approved. With that bit of knowledge, my client was able to touch base with the new CFO and explain how pricing would work, and they were able to move forward with the contract. Who knows how long the prospect might have stayed a maybe if he hadn’t pushed to get that information and get the new CFO involved?

You aren’t doing yourself any favors by allowing leads to live in the “maybe zone.” Using the Take Away Close will inject a sense of urgency into the proceedings and spur your prospect to action, giving you the clear answers that you need to keep your sales pipeline functioning properly.