I’m a big believer in goal setting (like an Olympic Gold Medalist believer). Whether it’s in your personal life or your sales career, you need a goal to measure your success against and keep you motivated. 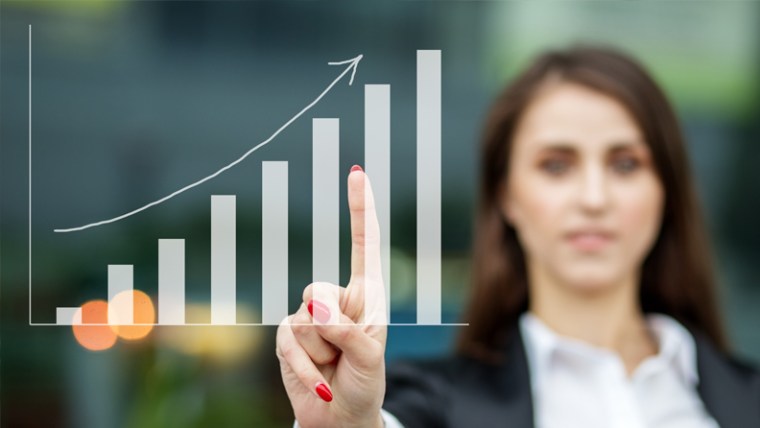 Every sales professional needs to set (and revise) business goals. Even if someone else in your organization is setting revenue goals for your team, you need to do your own personal goal setting—to make sure you’re working toward where you want to be. It’s critical to your business success.

If you’re a big believer in setting goals like I am, that’s great! But there’s one common goal-setting mistake I see made over and over again, from business executives to top salespeople. If you’re doing this, you might be setting yourself up to fail without realizing it.

The Hidden Danger Of Annual Goals

When people set business goals, they usually do it one year at a time. A year feels like a long time to look ahead, and it’s easy to reverse engineer 3-, 6-, and 9-month milestones from your annual goal.

For example, you know you want to increase sales to $12 million this year, so you set that as the goal at the start of the first quarter. Divide by four, and you have a goal of $3 million per quarter. Easy!

When you only plan one year at a time, you’re ignoring the following year’s expectations. It’s highly unlikely that your sales organization is okay with stagnant revenue! Next year’s sales goals are always bigger. Your company may expect a consistent rate of year-over-year growth, or they may have a significant initiative next year that will demand a 25% in sales. Even if you don’t “officially” know what will be expected two or three years down the road from your team, I’ll bet you have a good idea.

Back to our example. You knew that this year’s goal was $12 million… but you also knew that next year’s goal would be $15 million. If your team closes $1 million every month through December, you’ll definitely hit your goal for this year. But the very next month, your team will need to find another $250k to meet the new goal!

Build In An Upward Trajectory

With a limited one-year goal-setting horizon, you’ll always be stuck at the beginning of the following year, trying to catch up from behind. Your team’s sales funnel won’t be full enough to support the increased expectations. Attitudes begin to suffer. The new goals seem impossible to achieve. It stinks!

How can all this be avoided?

Build an upward trajectory into your goals.

Simply put, this means that by the middle of the year, your production needs to be trending up. By the last month of the year, you should be well on your way to meeting the demands of next year’s new goal.

In the previous example, your team should have been making incremental changes to increase their numbers—from expanding prospect lists to improving closing techniques. $3 million in the first quarter was a good milestone, but only to start with. If you raised the bar by $250k each quarter, you’d be ready to close $15 million a year by the end of Q4.

Yes, this means your $12 million annual goal is actually over $13 million—but that’s a good thing! Instead of having to suddenly come up with an additional $250k in 30 days, your sales team will have the time to make gradual adjustments. Instead of feeling defeated by next year’s goal, you’ll be ready to attack it confidently. After all, you just exceeded last year’s goal!

Another great reason to plan two years at a time is to get a better perspective on seasonal variations in your sales cycle. Some businesses are highly cyclical, and some have long sales cycles. Either factor can require careful thinking on how your quarterly goals are set.

Not all months are alike!

Even if your revenue varies throughout the year, an upward trajectory still needs to be in place. If your sales business is constantly getting stronger, you’ll be able to weather the slow periods better and rely a little less on the busy season.

While I used sales numbers as an example, the two-year approach to planning applies to virtually every business strategy. Whether it’s sales, recruiting, or marketing, building an upward trajectory into your goals keeps you from playing catch-up.

Goal setting and planning are critical for success. Do it right, and remember to look at the big picture!