The world of sales can be cutthroat at times. Every day is filled with competition and high expectations. It’s easy to feel like you’re lagging behind when you see other people crushing their goals. 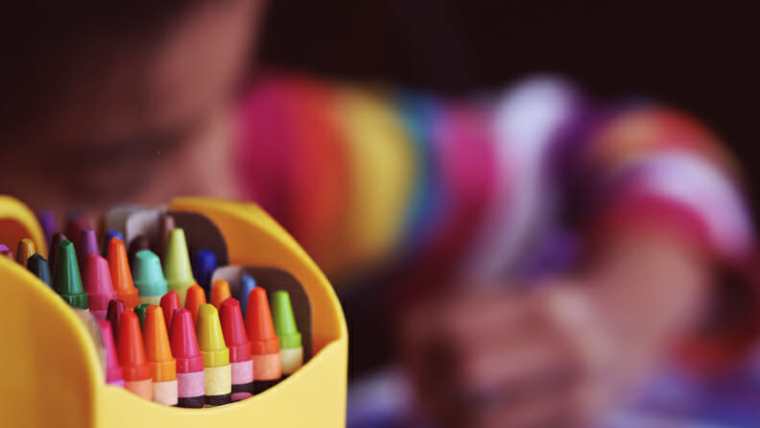 It takes work to accept that someone else winning doesn’t mean you’re losing. We’ve talked before about the importance of reframing your thinking so that you’re living in an abundance mentality, but to truly understand your scarcity mindset, you need to find its root.

We first learn about scarcity when we’re kids. Maybe food was in short supply at your house growing up, or your parents sent you to school with a box of 24 store-brand crayons and the other kids had the deluxe, 64-count Crayola box. Coming from a poorer family is a common root of this fear of scarcity, but it’s not the only time it crops up.

Maybe you grew up more well-off, but you’re from a large family and had to split everything with siblings. The bigger, faster kids naturally got the best and most of everything. If you were the youngest, you may have gotten mostly hand-me-downs and leftovers.

Or maybe it was more about abilities. You may have been a lefty and found, frustratingly, that things were always made with right-handed people in mind.

Maybe you had to wear a leg brace to correct your posture, or you were just a bit slower than the other kids. This meant you got picked last for team sports, or you had to sit by and watch as the fastest kids reached the playground first and got the jump rope or the cool ball.

Scarcity kicks in even when you’re the first one with a cool toy, but then everyone else gets it, so now it’s not cool anymore. You wanted to be the only one! It’s about always considering what you have in the context of comparing it to what someone else has.

Whatever your situation, these are all signs of scarcity. You learned from these formative experiences that there simply isn’t enough for everyone. So if someone else had more, you obviously had less. If they won, you lost.

How Scarcity Affects Us

I’ll be the first to say it: Having an abundance mentality is hard! As salespeople, we may grow up experiencing scarcity, and then when we get our first job, we get to stare at a leaderboard on the wall all day.

If your name’s not on it, you feel like you’re missing out immediately. It serves as a constant reminder of how other people are winning, which in your mind equals you losing.

And it never stops. Maybe you have a friend from college whose career is taking off much faster than yours, or your buddy at work keeps closing these monster accounts. Even higher-level salespeople still struggle with this. As a manager, you might look on LinkedIn and see the person you’ve been working to recruit for three years just went to another company.

In these moments, we are choosing to feel bad about something personally rather than celebrating someone else’s achievements. Instead of thinking, “My buddy is killing it; now I can get closing tips from him,” or, “If this person went to another company, that means they weren’t a good fit for us,” we choose to stew in the unfairness of it all.

So how do you change from approaching everything with a scarcity mentality to having an abundance mentality? You first need to understand that it’s not always about missing out.

You’re not missing out just because someone else won. Someone else succeeding doesn’t mean you’re failing; there’s room for everyone.

It can be eye-opening to examine where your fear of scarcity began. We each need to address where these feelings are coming from, and contrary to popular belief, it’s not always tied to being the poor kid at school. Dig deep to identify where it all started for you, and admit how that affected the way you view the world.

The “We’re Number One” Mindset

People who go into sales are often those driven to be winners. They always want to be number one. You’ll see all sorts of sales gurus preaching the “If you’re not first, you’re last” mentality from behind the wheel of their Mercedes or BMW. But remember that you don’t need a status symbol to be successful.

When you see every facet of your life through the lens of competition, you’re always going to feel as if it’s you against other people. But posting pictures of your fancy life or expensive toys won’t bring your true happiness or real success.

Living life abundantly, however, will. It’s time to get to the root of your fear and cut it out so that you can start living your best life today.