Of all the reasons salespeople come to me for coaching, call reluctance is one of the most common. Every single salesperson I know—myself included—has suffered from it at some point or another. 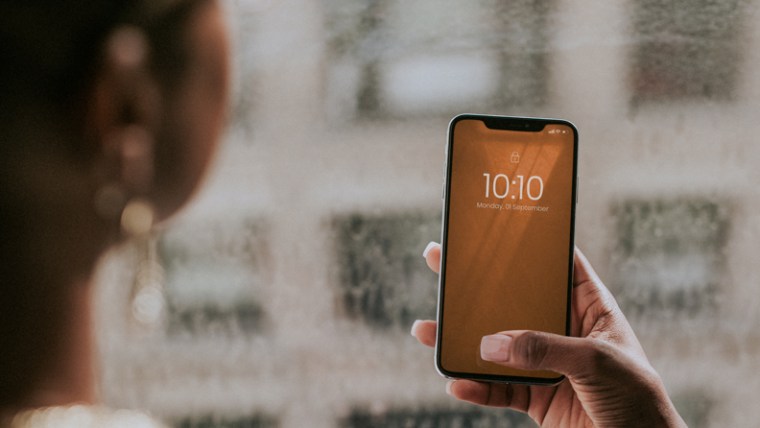 It’s important to realize that call reluctance is a real, legitimate feeling. You’re not making it up, and you’re not crazy for feeling this way. You can get past it, and it doesn’t have to be something you fight forever. I’ve got a few methods to help you kick call reluctance for good.

Call reluctance is the fear (or hesitation) of picking up the phone and dialing. You may not even recognize it as an outright feeling of dread—sometimes the creative avoidance just kicks in and keeps inventing other things to do; you look up hours later and your dial time has evaporated.

I’ve seen every excuse not to pick up the phone. Even when ordering takeout, some people don’t want to be the one to call the restaurant (I watched my husband click around a restaurant’s website for 10 minutes last week, hoping that an online order button would magically appear!).

Most of us don’t order pizzas for a living, but being a salesperson means we must talk to people on the phone. So getting past this roadblock is vital if you want to succeed in sales.

I’ve found that getting to the root of your reluctance is the first step to eliminating it. What is the reason you don’t want to make the call in the first place? Usually, the reason is some level of fear that you’re not willing to confront, like your lack of preparation or fear of rejection.

By far, the number one way to eliminate call reluctance (or lack of preparation) is to build a long, healthy list of names to call. Set aside an hour or two each week where you don’t dial, you just work on building your list (try the Google map technique if you need a quick start). Do all the research necessary on each prospect, and then add their name to your dial list.

Dialing a name right when you research it can create a bad habit and crush your momentum (most won’t answer the first time you call). However, when you have a healthy list of 100 names to dial, you’re more likely to keep your flow and dial for your allotted time block. If this prospect doesn’t answer (or even worse—she answers but blows you off), who cares? You have 99 more numbers to call. It creates a dial, dial, dial mentality—and that’s what you want!

And by the way, I always put the names of my most recent referrals at the TOP of the list. If I get a hot referral on Monday and my next block of dial time is Tuesday morning, I find myself excitedly looking forward to my next opportunity to dial (the exact opposite of call reluctance)!

Don’t Let the Past Dictate Your Future

Fear of rejection is tough. I’m guessing you had a harsh “no” once that still lingers in the back of your mind (I did—I refer to him as Mr. No Joy). It’s all too easy to dwell on the bad experiences; instead, work on visualizing your success. Imagine that the person you’re calling wants to talk, and therefore they’re not going to be rude. When you do encounter a jerk, send them on their way, and wish them peace. And remember: their bad attitude has nothing to do with you.

If a prospect answers the phone and barks at you that they’re in a meeting, that’s not your fault, either—they shouldn’t have picked up the phone! Let it roll off your back. If you don’t, it could impact your future interactions and feed into your call reluctance.

Finally, if you’ve tried everything and still can’t motivate yourself to dial, then create a way to incentivize yourself. Give yourself a goal for the session, and reward yourself when you hit it. I’ve used money, M&Ms, or a new clutch to motivate myself into dialing.

Researchers have shown us that loss avoidance can be even stronger than the desire to gain something. You can use this to your advantage, too: if you create a goal to call 100 prospects this week, go to the bank, get one hundred one-dollar bills out of your account, and put them on your desk. Every time you make a dial, pull one dollar out of the stack and put it into an envelope.

If you make all 100 calls by the end of the week, you’ve got $100 to spend on anything you want! But if you only make 20 dials, you get the $20 in the envelope, and the remaining $80 has to be donated to a charity you don’t agree with or your alma mater’s biggest rival. You’re punishing yourself a little, yes, but it can be a really eye-opening exercise.

I know firsthand that it’s hard to get over call reluctance. But you can do it. This is the line between being “average” and being a “rockstar.”

Top producers are the ones who break down this wall and move past it. Call reluctance won’t go away on its own, and you won’t grow out of it. You’ve got to be intentional and attack it.