Meetings are an inescapable part of doing business. But they’re also one of the biggest sources of wasted time and money when run inefficiently. 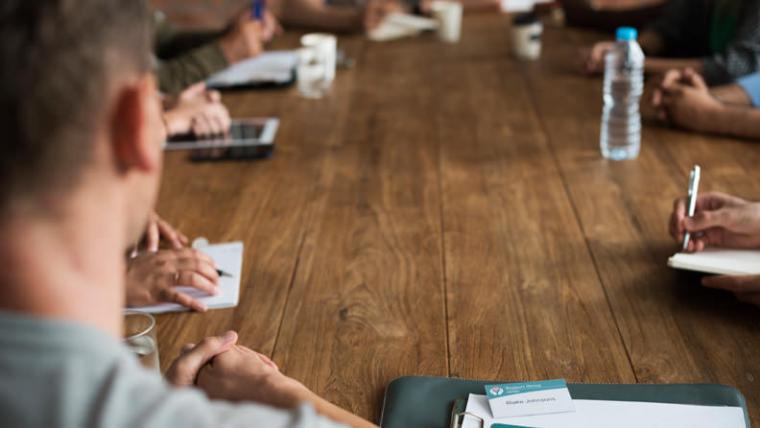 I recently attended a sales meeting where the manager printed out every email he’d sent his team that week. He began by spreading them out on the conference room table and reviewing each one. As I watched his entire team painfully sit through this bizarre crime scene reconstruction of their week (during prime prospecting time!), I estimated that he wasted $1,500 of his organization’s money.

Have you ever thought about how much your meetings cost in lost time?

Calculating the Cost of a Meeting

First, break down the approximate hourly income of each team member involved (if you have commissioned salespeople in your meeting, I suggest using their TRUE hourly rate). Next, add together everyone’s hourly rate to get an hourly rate for the meeting.

This (often shocking) number can start to shape the decisions around how often you hold meetings, and how you run them.

Now, this doesn’t mean you should ruthlessly eliminate all meetings. And every part of your meeting may not have a direct ROI. For example, it might be a vital part of your team culture and moral to discuss what everyone did over the weekend. But knowing the hourly cost of the meeting can help you stay mindful of everyone’s time. Maybe that portion can be condensed into a quick five-minute update, rather than taking up the first half of the meeting?

I suggest you take a few minutes and calculate this number for your team. Keep the number in mind every time you’re evaluating the need for a meeting. Once you decide to have a meeting, ask yourself the following questions:

Do your meetings start and end on time?

Making sure that you stick to your guns on start and end times is a major factor in keeping productivity high for meetings. Having your agenda firmly set before starting is a big part of this. If something comes up that’s not on the agenda, take note of it, and then set it aside to be addressed later. Unless it’s more important than what you’re already planning to discuss, don’t let it derail the meeting. Once you and your team make a habit of consistently eliminating off-topic items, you’ll notice that your meetings will start to become more focused, and shorter, too. Which leads to the next question.

Could this meeting end early?

Another great advantage of having set agenda is that it makes it easy to tell when you’ve accomplished your goals and the meeting can end! I’ve been in far too many one-hour meetings (and I’ll bet you have, too) where the last 20 minutes deteriorated into an aimless mess. Look, you don’t have to meet for an entire hour just because it was scheduled that way. Some meetings are about spending time together and building team morale. But most meetings should have a particular desired outcome. So once you’ve accomplished your goal—end the meeting!

Does this meeting have to be in-person?

Everyone has heard the joke: “I survived another meeting that should have been an email,” right? Before you schedule a meeting, make sure you’re not monopolizing your team’s time for something that could have easily been handled via a quicker means of communication. Could this be dealt with over email or a tool like Slack? There are those rare discussions that can be best knocked out in real time, with all parties present. But you can handle many of these quick meetings via phone conference or video conference—even if everyone’s in the same building.

Is this the right time and/or day for this meeting?

Times will vary from industry to industry, but be cautious about scheduling meetings during prime income-producing activity hours. You don’t want to take your salespeople out of the game during their peak performance time!

Is everyone involved truly needed—for the entire meeting?

Lastly, make sure the participant list for every meeting is well-curated with an eye towards efficiency. There’s no need to have everyone on your team involved in every single meeting. And if a large group is required for part of a meeting, they may not be needed all of it. Look for opportunities where, perhaps by shuffling the agenda, you could make it so that some participants can leave after a portion of the meeting is completed.

Putting the cost of a meeting to work for you

Learning to make your meetings consistently productive and motivating is one of the most powerful business skills you can achieve. And being aware of the total cost of a meeting can be the first step in making better decisions.

Category: Time Management Techniques
Disclosure of Material Connection: Some of the links in the post above are “affiliate links.” This means if you click on the link and purchase the item, I will receive an affiliate commission. However, I only recommend products and services that I use and believe in. I am disclosing this in accordance with the Federal Trade Commission’s 16 CFR, Part 255: “Guides Concerning the Use of Endorsements and Testimonials in Advertising.”