If you’ve ever watched Law & Order or any of the other criminal junkie shows on television, chances are you’ve heard an attorney shout the words, “Objection! Leading the witness.” 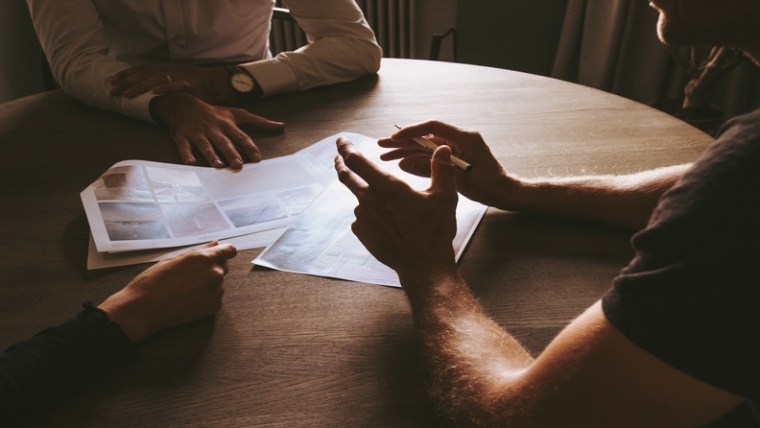 Leading the witness isn’t allowed because it can sway the testimony to the attorney’s benefit. It can almost be a way of putting words in someone’s mouth. It’s known as a tie-down, and the principle behind it drives one of the most effective closing techniques in all of sales.

You’re wondering how to use this closing technique properly, aren’t you? Well, I just showed you (read the last sentence again). A tie-down is a statement with a question at the end of it. Whenever you’d like to lead someone towards the answer you want, the tie-down close comes in handy.

How to Execute a Tie-Down

When using this closing technique, you’re pressing a prospect in just the right spot to make a lightbulb turn on over their head. When you slide in a casual, “This is some good information, isn’t it?,” or a, “That’s exactly what you were looking for, wasn’t it?,” you are nudging them in the direction you want them to go.

When to Use a Tie-Down Close

This closing technique is best used in a presentation after you’ve done the needs analysis and are presenting the solution. You’ve asked them questions and done discovery. Now you’re giving them the solution they want, and you want to make sure they see it clearly.

But a word of caution here: The sorts of statements/questions used in the tie-down close can get annoying very quickly. Only use it once, maybe twice per presentation. But when used properly, they uncover pain in a stark way and then hit the prospect over the head with a clear solution.

I like to use this technique when the prospect doesn’t seem to realize that I’ve just done a mic drop and solved all their problems. Sometimes people need help getting there!

This closing technique may seem simple, but it’s quite advanced. If not executed well, it can come across as both obvious and cheesy.

You need to work on seamlessly integrating these statements/questions in a way that feels natural and conversational rather than salesy. It won’t be the right approach for every prospect or every presentation, but if you use it wisely, it could be a powerful weapon in your sales arsenal.