Theodore Roosevelt once said that “comparison is the thief of joy,” and he’s right! The moment you begin to compare yourself to someone else, you’ve already lost. 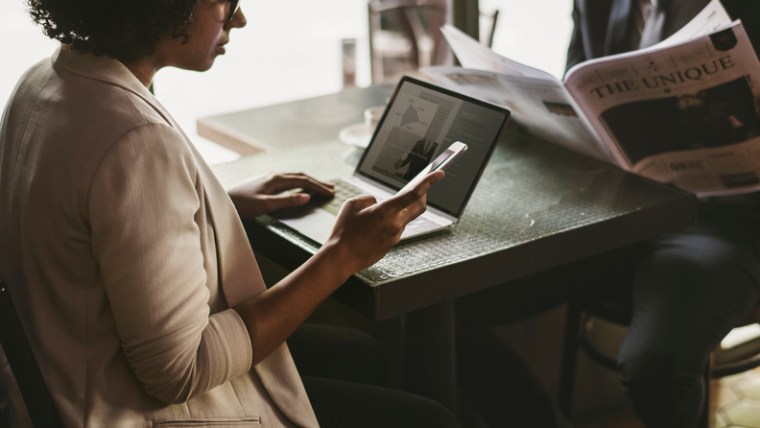 Looking at the success of others (or their “perfect” family, or car, or home, etc.) and thinking they have all the luck can lead you down a very dangerous path. At the end of that path lies the scarcity mentality and all the pitfalls it entails. So how you can avoid letting the success of others rob you of your wins?

There are three keys to overcoming the compulsion to compare yourself to others.

Let’s say you see a peer CRUSHING her sales goals every month. You know she follows a strict schedule, so you decide to copy her schedule exactly. Your hope is that this act of imitation will result in similar success for you.

Emulation, on the other hand, would be recognizing the fact that she has a schedule and that she is constantly getting wins, so you develop a schedule of your own (based on your own ideal week) and commit to sticking to it. It’s so much healthier—and more effective—to emulate rather than imitate.

With imitating, you’re going to burn out quickly. You’re never going to be able to replicate what someone else is doing perfectly. A schedule that works for your peer is unlikely to work for you.

You can’t simply copy what others are doing and expect it to produce identical results. Following a similar principle or path, but customizing it to your life and situation, is the key here.

2. Believe You Are Good Enough

Self-talk is so important! And when you’re constantly comparing yourself to others in a negative light, what you’re telling yourself—whether you realize it or not—is that you’re not as good as them and don’t deserve what they have. You absolutely must get to a point in your life where you know without question that you are good enough.

But if you continue to compare yourself to others, you’ll never win. Just because a peer closed a $2 million account and the biggest you’ve ever closed was $85,000 doesn’t mean you’ll never get to where they are. Keep plugging away and putting in the work, and it will come.

This is a big one. We set ourselves up for failure by looking at the success of others and basing our goals on their numbers, no matter how different they are from our own.

You can’t guarantee that if you closed $12 million last year, this year you’re going to close $42 million. How is that realistic?!

If you closed $12 million last year, and that was a 20 percent increase on the year before, then set a goal to meet that and increase next year’s sales by 20 percent over this year. Then make a 25 percent increase your stretch goal. Your minimum goal is $14.4 million, but you’re really aiming for that $15 million figure.

That is an achievable number. Jumping from $12 million to $42 million is very unlikely to happen. You’ll likely feel so defeated that you’ll give up on yourself even earlier in the year, making it a struggle to hit even the $15 million mark. Quit looking at your neighbor’s lawn, and focus on your own!

It can be hard to stop comparing yourself to others, especially when everything always seems to go their way. But nothing good can come of it.

These people aren’t unique or special. They’re not better than you. They just believe they’re good enough.

The successful people around you have built and live by an effective schedule. They set realistic goals. They know what they’re capable of achieving and believe in their power to do it. And you should too.