If there’s one thing that being a salesperson teaches you, it’s that being successful takes grit. You need raw willpower to find prospects, make calls, overcome objections, and close deals. 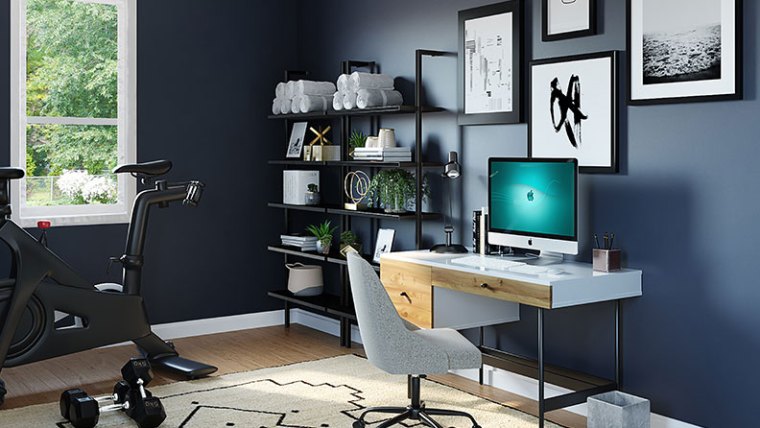 In fact, getting anything done in life means you just have to set your mind to it—and will yourself into action. If you’re struggling, you simply don’t have enough willpower. Try harder!

Sounds really tough. What if it’s all wrong?

In his book, Willpower Doesn’t Work: Discover The Hidden Keys To Success, Benjamin Hardy asks if there’s a better way to get things done—a way that doesn’t feel like a painful, uphill battle against yourself.

Two lessons from the book are my favorites:

Let’s look more at Hardy’s suggestions on being happier and more productive.

Are You in Successful Surroundings?

You can do a lot with sheer grit. But Hardy observes that, time and again, environment makes the biggest difference—not willpower—in whether you succeed.

Have you ever noticed a friend change after they start spending time with a new group of people? With their new crowd, they’re a different person. The people around us have a tremendous influence on us. As Jim Rohn said:

“You are the average of the five people you spend the most time with.”
-Jim Rohn

Take a look at who you spend time with most and realize they’re influencing you—in your attitudes at work and home, your diet and body image, your finances—in every aspect of your life. Compare your goals with the people you’re surrounding yourself with, and you’ll likely rank closely. If you want to be a wildly successful entrepreneur, start spending time with people who are already successful entrepreneurs. If you want to achieve President’s Club, spend time with the producers in your organization who have made President’s Club in years past. You’ll be creating an environment that helps you work toward your goal.

Create a Space to Succeed

Your environment is more than just having the right people around you. The spaces we work, play, and rest in significantly affect our productivity and well-being.

As working from home becomes more and more common, we’re tempted to combine spaces—bringing our laptop to our living room sofa or making our bedroom multitask as an office and exercise room.

Being able to work anywhere in your house may seem like a perk, but a poorly defined, multi-use environment actually requires you to use more willpower and self-discipline to get things done!

Productivity experts know that we’re actually more effective when we have clearly defined, dedicated spaces for different categories of tasks. If your exercise equipment is scattered around your home office space, it makes focusing on work harder—and exercise less appealing. Getting started on either task is more difficult, and you’re likely to get distracted.

If you’ve got a goal you want to accomplish, create a space for it. When you see this space in your home or office, it should inspire you to work on the task it was created for—and you won’t have to rely on willpower alone. And in the scenario where you have to share space, put your exercise gear away before starting work, and clean up your workspace when you stop working each night.

Another great topic in Willpower Doesn’t Work is how often we overwork our willpower. We stress ourselves out and waste tons of energy on willpower—and it’s often completely avoidable!

If you have a goal, identify everything that will test your willpower—and eliminate it.

If your goal is to give up sugar, get rid of the foods that tempt you—don’t just put them away. If you want to stop drinking, don’t keep alcohol around the house. If you want to exercise in the evenings instead of watching Netflix, cancel Netflix!

These examples seem obvious, but all too often, we say we want to accomplish something, then rely entirely on willpower to keep ourselves on track. Willpower won’t work forever. And your willpower will burn out quickly if you’re leaving temptation within arm’s reach.

Are You Relying on Grit Alone?

You know that sales prospects won’t fall into your lap. But if your solution is to grit your teeth and rely on sheer willpower to make it through a prospecting session, you need to read Benjamin Hardy’s book!

Think about creating an environment that surrounds you with the optimal conditions for success. For prospecting, this could include creating a prospecting schedule, eliminating distractions, and dedicating focus time to your call list. I promise—you’ll see a difference when you stop relying on willpower alone!

Category: Dew Recommends
Disclosure of Material Connection: Some of the links in the post above are “affiliate links.” This means if you click on the link and purchase the item, I will receive an affiliate commission. However, I only recommend products and services that I use and believe in. I am disclosing this in accordance with the Federal Trade Commission’s 16 CFR, Part 255: “Guides Concerning the Use of Endorsements and Testimonials in Advertising.”